A Letter From the Future

In April 2011 I was surprised to get in the mail a letter from myself in the year 2040, the letter was sent from exactly 29 years in the future. Not sure why my future self decided to send a letter 29 years into the past and not 30 years but anyhow it was a rather interesting letter my future self was congratulating me on taking out Sovereign Insurance. Not sure exactly when I will take out this insurance as at this stage I am still to take out any Health Insurance. Below is the letter I received: 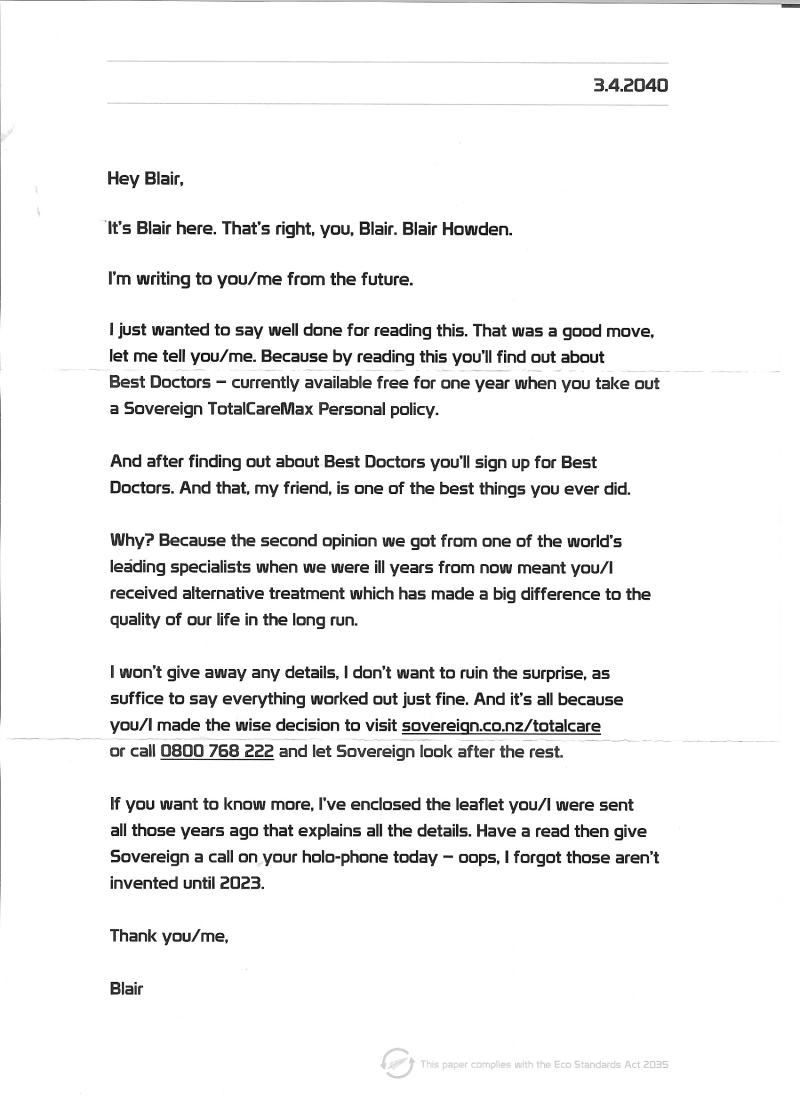 As you can see the letter mostly told me how in the future I end up getting some illness but the good news is that because I took out insurance everything turns out just fine. I am still surprised my future self didn't send this letter to just before 2005 when I had cancer as this health insurance may have come in handy back then chances are Sovereign probably won't even insure me after 2005 certainly not for any pre-existing medical condition.

This letter obviously came from the future because the stamp contained an image of what Auckland will look like in the future, was really surprised to see the SkyTower is no longer a prominent landmark in Auckland and that in the future the cost of sending a letter still remains at 60cents.

Also I found it interesting that when I was looking for a thumbnail image for this page on the webisite I Googled "The Future" and in Google images I found the following picture: 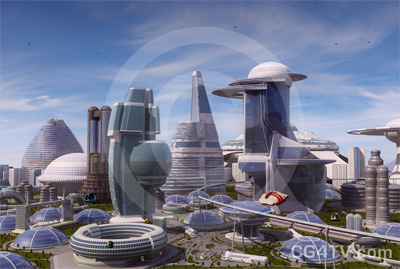 I also found it amusing that in the future paper will have to comply with Eco Standards. Anyhow I was about to bin the first letter when a month a later I received a post card from my future self this time sending a post card on the way home from a trip to the Sea of Tranquility. 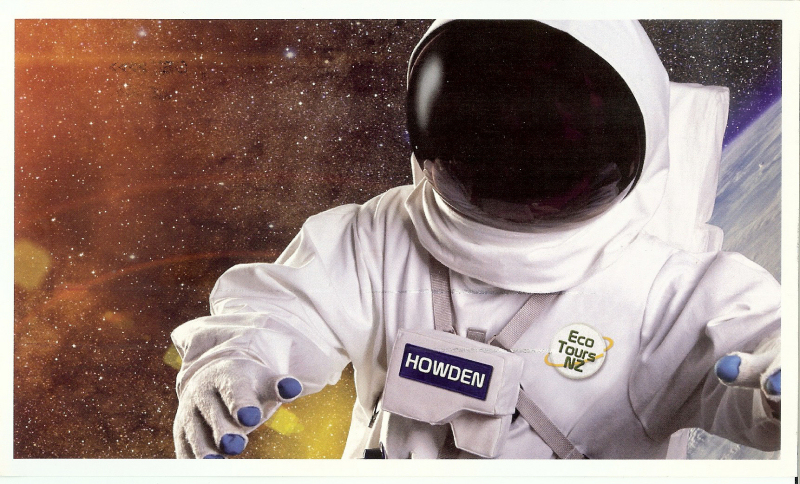 Yep that's me in space in the future 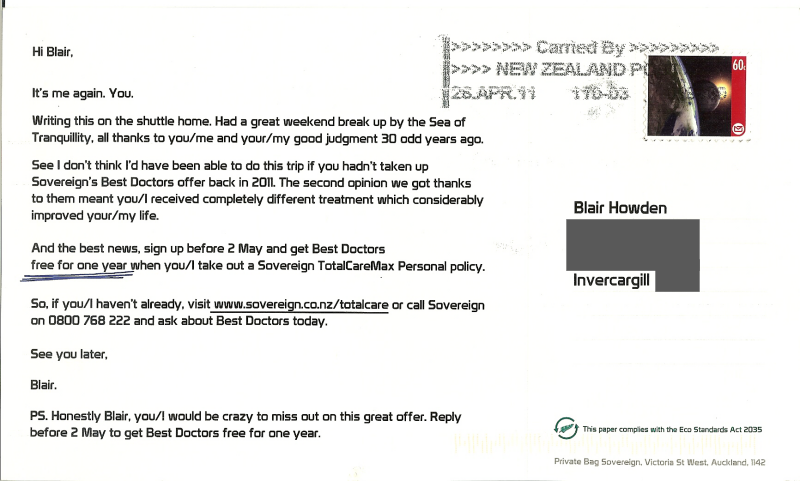 Good to see that in the future man will travel to the moon once again since the US just recently canned their space programs, good to see New Zealand will start their own space travel program too. Once again my future self was telling me all about Insurance, I can't believe in the future I will get to travel into space and all I will want to talk about is insurance. Also it amuses me that I was able to send myself a postcard telling myself that if I take out the policy before May 2nd I will get Best Doctors for a whole year but the date the postcard arrived was actually on May the 2nd. If I had the ability to send a letter into the past why I didn't I send it to myself a week earlier so I could have actually have had time to take out the insurance before May 2nd. 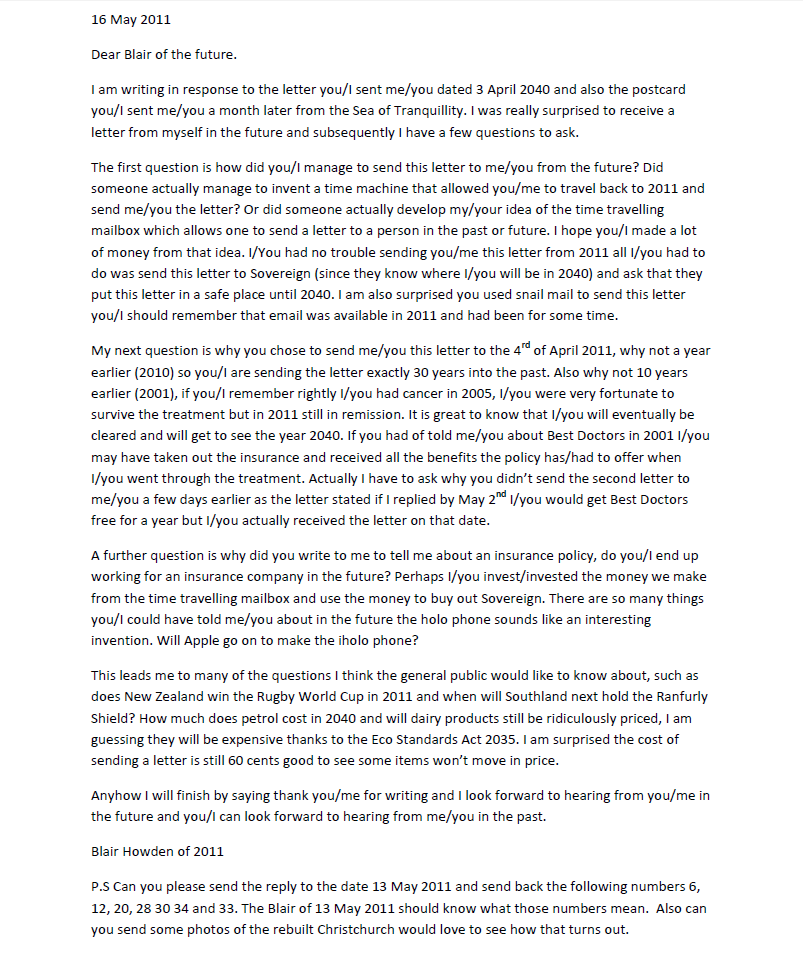