26 October 2005
Mum and I arrived at the hospital in the morning so I could start chemo only to be once again told that chemo will not be starting today because Dunedin Hospital never sent the drugs down. This time I let everyone know how I am sick of being stuffed around by hospitals. In the afternoon Mum and I once again returned to the hospital this time for my appointment with Kate Bayston.
The results of the CT scan from last week have come back and it revealed no change since the last scan. I am to attend another Sarcoma Clinic in December once all cycles of chemo have been completed, this will be to determine if there will be any further treatment such as radiation. I am hopeful that radiation will not be needed as I just want this treatment over.

27 October 2005
My 13th cycle of chemo has finally started. It didn't too long this time to start feeling the effects of the chemo drugs that were pumped into me. I spent most of the time in the Oncology Unit reading the paper and a magazine and listening to music. In the evening I once again rested in my room in the ward, once again I had a single room with a TV so I spent the evening just watching TV. If I had started my chemo yesterday I would have seen my friend Angela in hospital again but she was discharged sometime during the day so I missed her.

28 October 2005
I stayed in bed right up to 10am when I was due to go down to the Oncology Unit and didn't even bother having a shower as I just didn't feel up to it. The nurse I had in the ward in the morning had woken me a few times unnecessarily throughout the morning and I ended up just spending the day in the Oncology Unit just resting. In the evening I once again rested and watched TV in my room in the ward.

29 October 2005
I stayed in bed right up until 11:30am and only got out of bed after the nurse came in to tell me I have been discharged. Mum and Dad took me home just before lunch was served which worked well for me. I spent all afternoon watching TV and had an early night. I ended up having a very restless night the next two nights due to the heat.

4 November 2005
I took possession of my house today. During the day I had a good look through the house and started thinking about where I will put my possessions when I finally get to move in and any improvements I can make to the place. I honestly wanted to grab my possessions out of storage right now and move in however this won't be a reality for me until next year. I will rent the house out for the next few months until I am ready to move in myself, hopefully I can find tenants who need a house short term.

These are images of the house before I purchased the property, taken from the website of the real estate company. 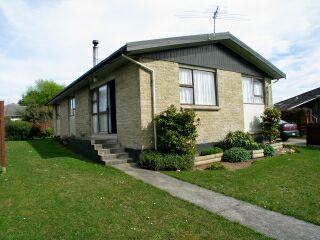 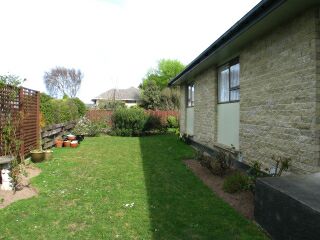 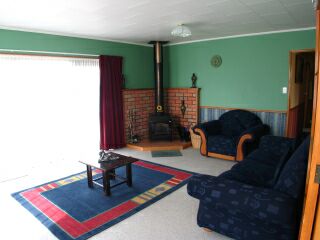 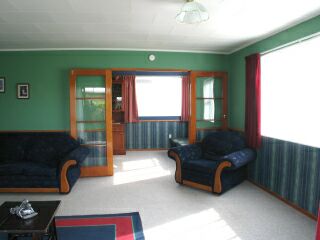