General Information About Me

Name: Blair Howden
Birthdate: I was born in 1979
Birthplace: Invercargill, New Zealand
Current Location: Same place but I actually grew up in Mataura Island which is about 30km out of Invercargill
Height: 1m 76cm
Weight: Around 80kg
Kids: I have a daughter, Hazel, she was born in 2016.
Vehicle: 2009 Ford Falcon FG Series

Food: A nice juicy steak is always good
Pub/Club/Restaurant: Speights Ale House, Waxy OSheas. Previously The Kiln before this closed in 2018.
Chocolate: Whittakers chocolate.
Number: 7
Colour: Yellow was always my childhood favourite.
Animal: Cat
Non Alcoholic Drink: Milo
Alcoholic Drink: Steinlager or Export Gold
TV Shows: The Simpsons, Family Guy, Big Bang Theory, 7 Days.
TV Shows I don't like: Reality TV shows like cooking shows, talent shows etc. And whats up with this 4 nights a week business with these shows? 1 night is enough.
Music Album: I last bought a CD in 2001, growing up a favourite was Guns and Roses Use Your Illusion 1 and 2.
Actor/Actress: Eddie Murphy or Adam Sandler
Holiday Spot: Anywhere out of Invercargill
Childhood toys: Lego, Torro, Playmobil and my Atari 2600 and later Sega Master System
Toys today: My car and computer network.
Movie: Back to the Future is my all time favourite

Pepsi or Coke: Pepsi
McDonalds or Burger King: KFC
Chocolate or Vanilla: Chocolate
Hot Chocolate or Coffee: Hot Chocolate
Dog or Cat: Cat
Rap or Punk: Neither would rather listen to rock
Scary Movies or Funny Movies: Funny
Ford or Holden: Depends on the era of the Ford or Holden. I own a Ford Falcon as I prefer the FG series Falcon over the VE series Holden Commodore.

Bedtime: During the week usually about 11pm, anytime after that at weekends.
Most Missed Memories: Pretty much various stuff from my childhood like TV shows, food we used to have etc...
First Thought Waking Up: Is it morning already?
Ambition: Move up the IT career ladder, get married, raise a family, the usual stuff.
Weakness: Heavy lifting, can't do it due to the operation I had in 2005
Fears: The cancer coming back, but after 15+ years I have to say so far so good

What Country do you want to visit: Would love to go to the UK or Europe or back to the USA to see New York.
How do you want to die: When I am old, peacefully
Been to the Mall Lately: We don't have a mall in Invercargill just yet. Still waiting for the mall in the Invercargill CBD to be built.
Health freak: Not really I try to eat healthy food but somehow pies keep ending up in my diet.
Believe in yourself: Sure do
Do you smoke: Nope
Do you drink: Occasionally
Shower Daily: It's the first thing I do when I get out of bed
Do you sing: I like to sing to my daughter Hazel.
Want to get Married: Yes one day
Hate anyone: Not right now life's too short to have enemies.

Where was I when?

1985 Rainbow Warrior sinking: I was six years old, I remember my teacher talking about it and I instantly thought of the kids TV show "Rainbow." I said to my teacher "I watched Rainbow on the TV"
1990 Aramoana massacre: I was eleven years old and remember I was banned from watching TV that week but still managed to sit down with mum and dad as they watched the news of this tradgedy.
1994 Bain family murders: I was fifteen years old, I remember seeing the story on the 6pm news and a week later our family were in Dunedin where we saw the funeral taking place down the road from where we were staying.
1996 Southland's big freeze: For a 2 week period Southland experienced a lot of snow and days where temperatures didn't go above 0, I can't say much about the event as I was on the other side of the world in Los Angeles where every day the temperature was above 30 degrees.
2000 January 1st: I was 20 when the new millenium began. I celebrated the event in the Southland town of Otautau, a mate from my course held a party at his parents place. Talk of the Y2K bug around this time was big and concerns all computers would stop working. I remember someone at our party thought they would be funny and switched off the power just after midnight, we all cheered until we saw the street lights still on outside.
2001 September 11 terrorist attacks: I was working at a BP and that morning while I was driving into work I remember hearing the radio announcers doing an interview with a celebrity and the comment was "On this awful day" and then telling listeners who had just joined that the World Trade Center was no more. At work we had no internet access or TV so any news updates came from the radio. The first images I saw were in a special paper The Southland Times released that afternoon.
2011 February 22nd Christchurch earthquake: I was at home working on an assignment for my course, I heard the news on the radio at 3pm and what brought my attention was the news the top of the Cathedral had fallen. I started to look for news on the internet and could see another aftershock had occured I then on the TV to see the devestation.
2020 Covid 19 Lockdown: New Zealand went into lockdown on March 26th for 5 weeks with full restrictions (Level 4) only essential businesses allowed to open followed by 2 weeks of a partial lockdown (Level 3). I worked from home for the entire lockdown providing remote IT support and I was able to have Hazel stay with me during the weekends. 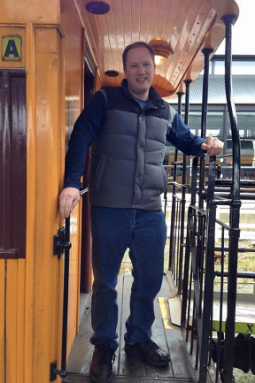 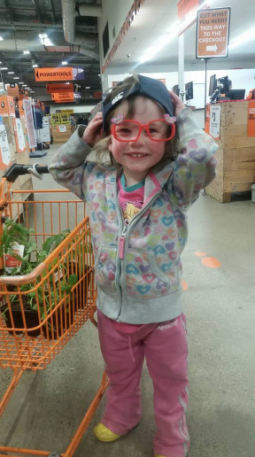 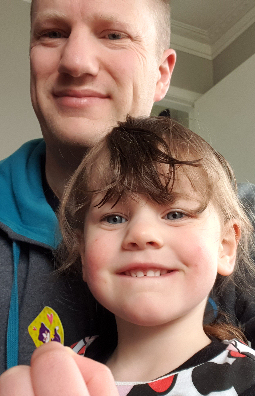